The Role of a Town Mayor

The role of the Town Mayor is to undertake Marazion Town Council’s civic and ceremonial duties in a dignified manner to uphold and enhance the status of the town and stimulate civic pride.

The Mayor is in receipt of a small allowance which is paid to cover expenses incurred whilst in office.  The Mayoral Allowance for 2021-2022 is £1,169.25.

Section 245 (6) of the Local Government Act 1972 gave Parish Councils the power by resolution to give themselves the title of Town Council and the Chairman of a Town Council to become the ‘Town Mayor’.

The Mayor is elected by the Full Council at the Annual Town Council meeting in May. A Deputy Town Mayor is also elected.

Being the Mayor is different to being a Councillor. A Mayor, by virtue of the Office, can stimulate community pride, encourage business, promote the voluntary sector etc. The Mayor acts as the Queen’s representative locally.

The Mayor is the public face of the Council and with this in mind the Mayor needs to portray a genuine interest in those he/she meets, show enthusiasm and commitment to the role and always be mindful of the dignity of the office.

The Mayor may choose his/her own consort who can be either a spouse/partner, fellow Councillor, family member or friend. The consort should be given the same respect and dignity whenever he/she accompanies the Mayor on an engagement. 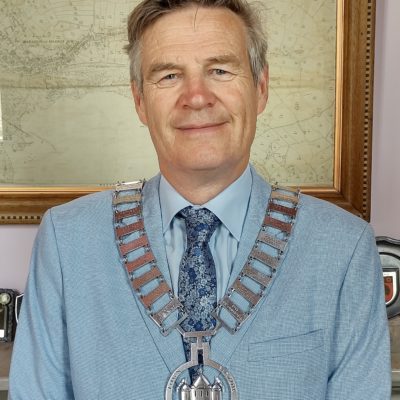